For the thousands of Rohingya refugees who fled a violent crackdown in Burma, a new crisis looms: The babies conceived in rape are arriving.

Doctors Without Borders has recorded 160 cases of pregnant rape victims between August 2017 and February 2018 in the vast refu­gee camps in Bangladesh. That number is expected to rise dramatically.

Some 13,500 Rohingya women sought services to address sexual violence upon arriving in Bangladesh after fleeing from Burma, according to the United Nations Population Fund, or UNFPA.

Since August, about 700,000 Rohingya have fled into Bangladesh from Rakhine state in Burma, also known as Myanmar. A Muslim minority, the Rohingya have lived under increasingly repressive measures for decades, but last year the violence escalated: Refugees allege the Burmese military burned down whole villages, torturing people and raping women and girls in the process.

“They target those between 13 and 25,” said Roksana Akter, a midwife working for Doctors Without Borders who specializes in victims of sexual violence. In November, the Burmese military released a report denying all accusations of rape and killings by their security forces.

Madina Khatun, 25, said she realized she was pregnant as soon as she reached Bangladesh. A few months earlier, her husband had been abducted from their village. She said she believed her widow status made her easier prey for the “military man” who raped her.

She gave birth to her daughter Rosina in her shelter in the overcrowded camp, without help from family or a midwife.

“It’s a lot of suffering to feel, a lot of shame,” she said.

Khatun takes comfort in knowing she was not the only one. Many women were raped, she said. “It is not only my fate.”

Kutupalong, the Rohingya camp in southern Bangladesh where Khatun now lives, is the most densely populated refu­gee camp in the world. Conditions are dire. Some families, particularly those with many children, struggle to get enough food.

In these circumstances, the exceptionally high birthrate in the camps — 50,000 babies are expected to be born in 2018, according to Save the Children — is straining overstretched health services. 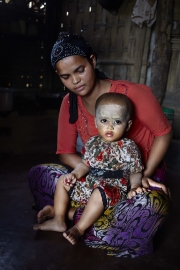 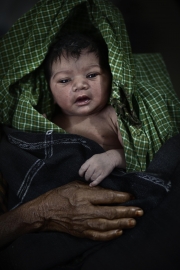 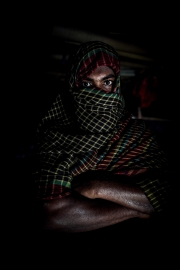